The first half of the inaugural RCLAS Awards Show, live from Richmond, BC, in November 2014! With appearances by George Bowering, Candice James, and Kathleen Forsythe (with apologies for the sequencing difficulties).

From the open mic at the inaugural RCLAS Awards Show in Richmond in November 2014. Footage courtesy of Ken Ader. 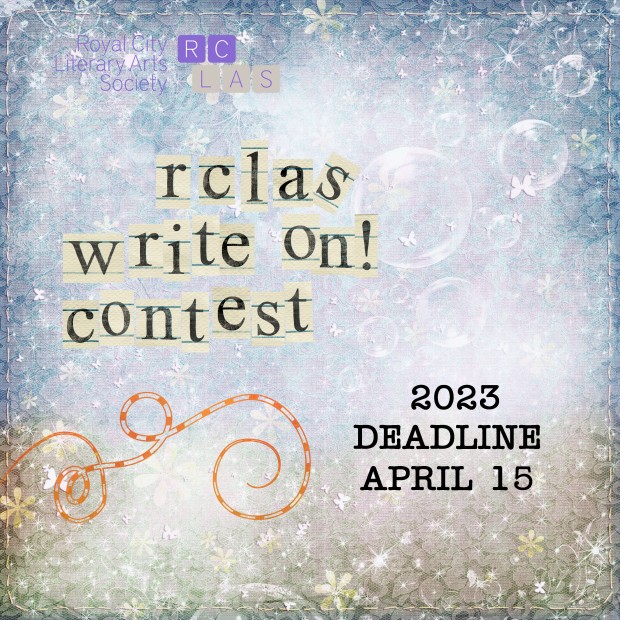 2023 Write on! Contest Open For Submissions

2022 Year in Review and Flashback to PIP Special Feature

Thank you to the members featured in this edition of Wordplay at work.

RCLAS presents Tellers of Short Tales – Online Edition
RCLAS Workshop:
Join Ruth Kozak's presentation this Saturday, Feb. 4, 1:30 - 4 p.m. at Terry Fox Library in Port Coquitlam--from Tri-City Wordsmiths. Registration required.
Thanks to @alan_hillpoet for a fabulous poetry workshop today on the theme of home. Everyone loved it! We even created a couple cooperative poems. Watch for those to be published in an upcoming ezine. I love the shrug at the end! Check this powerful poem out ...find it in our Jan issue of Wordplay at Work. Only a snippet here as the sound quality is poor.