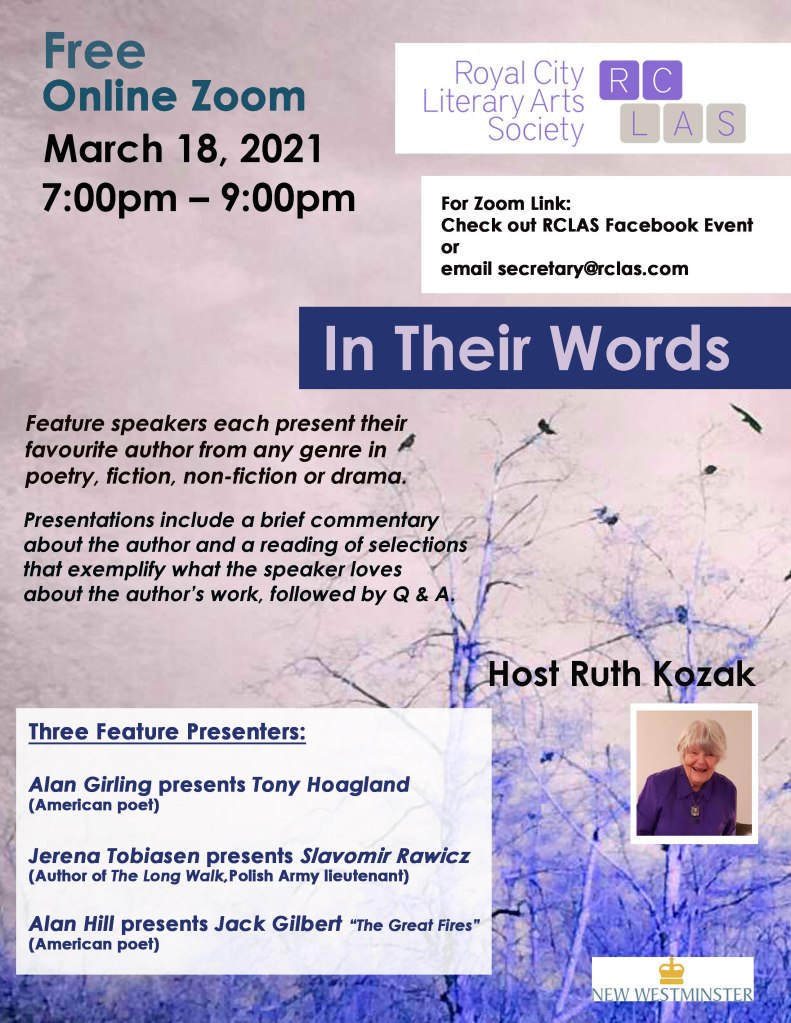 Zoom room opens at 06:45 PM Pacific Time (US and Canada).
Let us know on the event page if you would like to attend.
Facebook link: https://fb.me/e/3nSQbeosu
OR you can RSVP by email to secretary AT rclas DOT com.
You will be sent the zoom link via email or Facebook messaging. 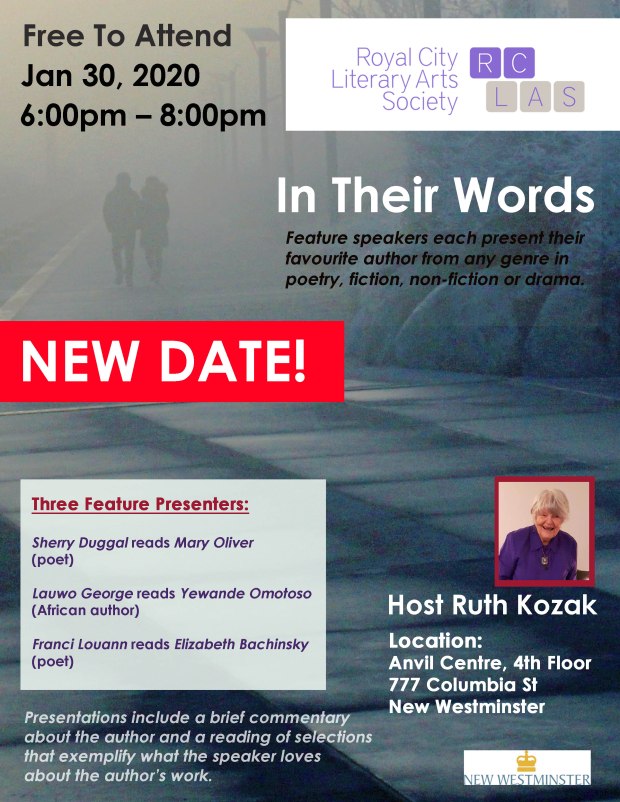 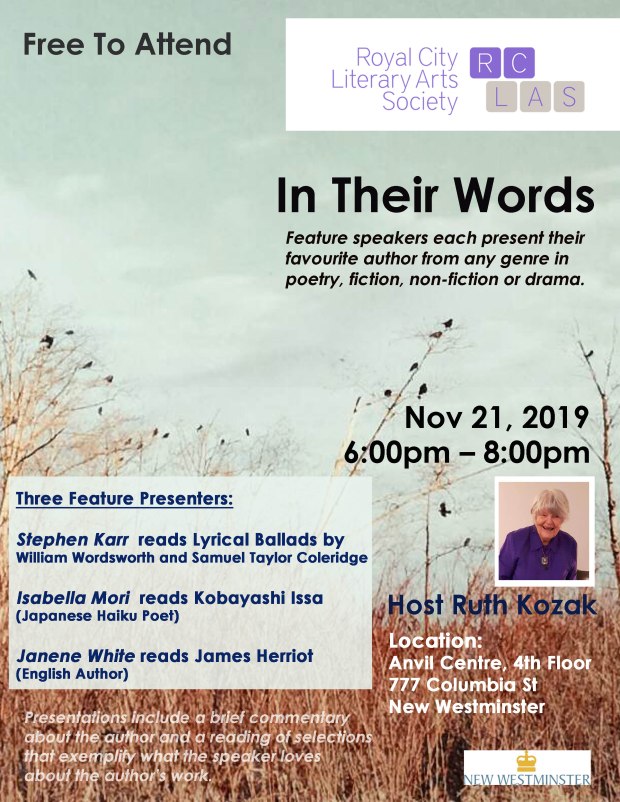 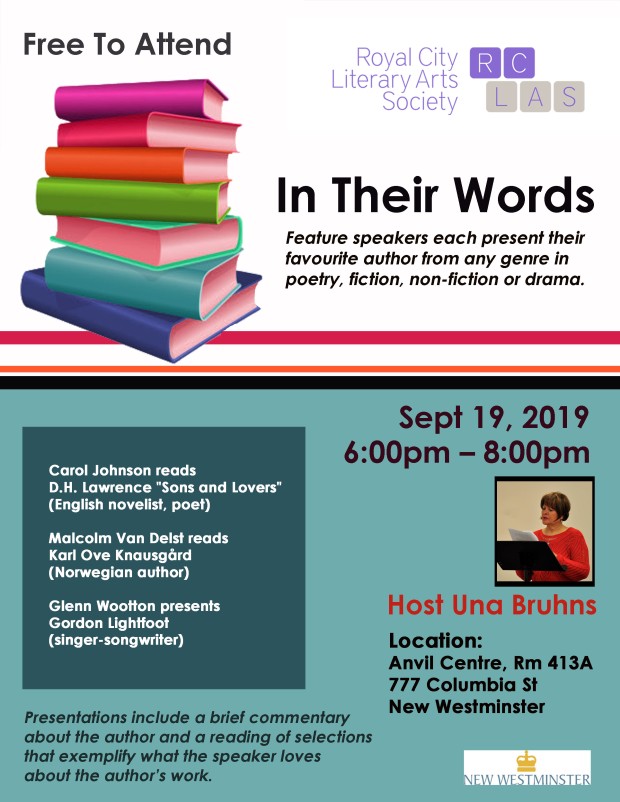 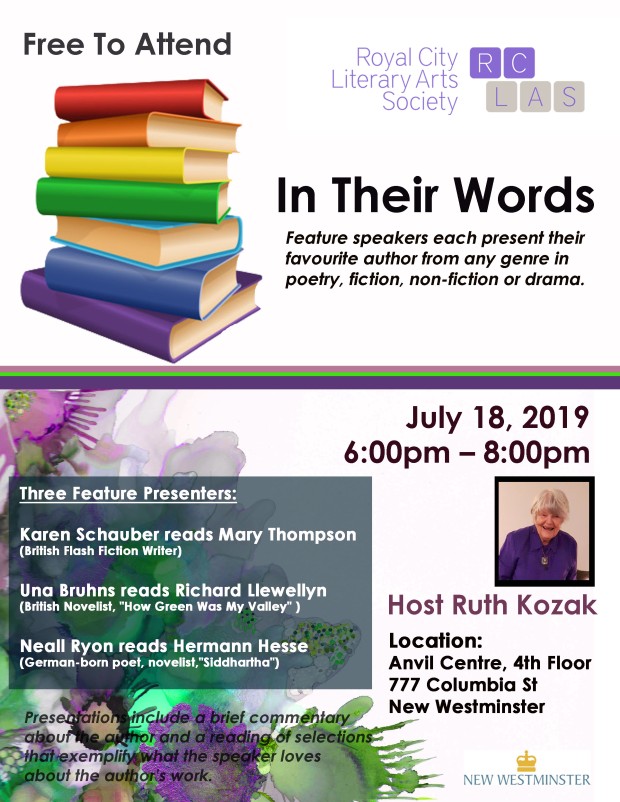 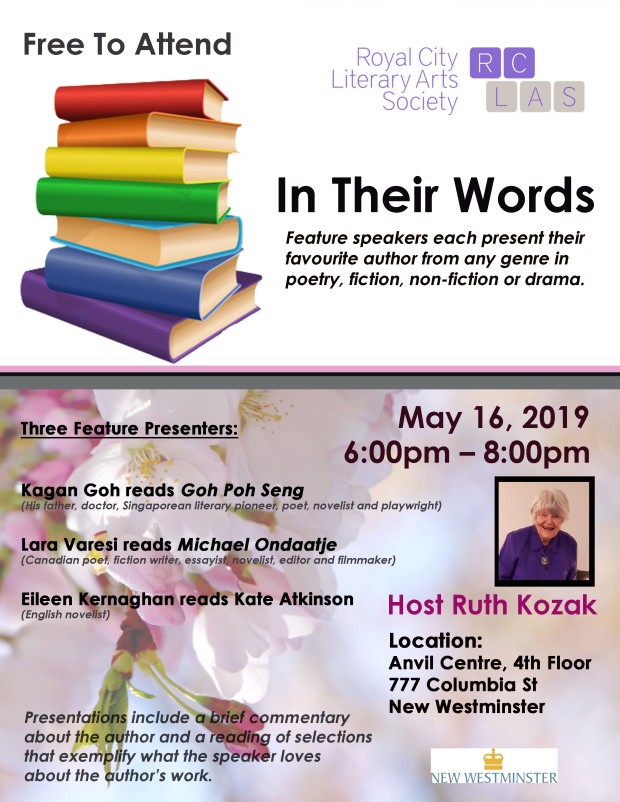 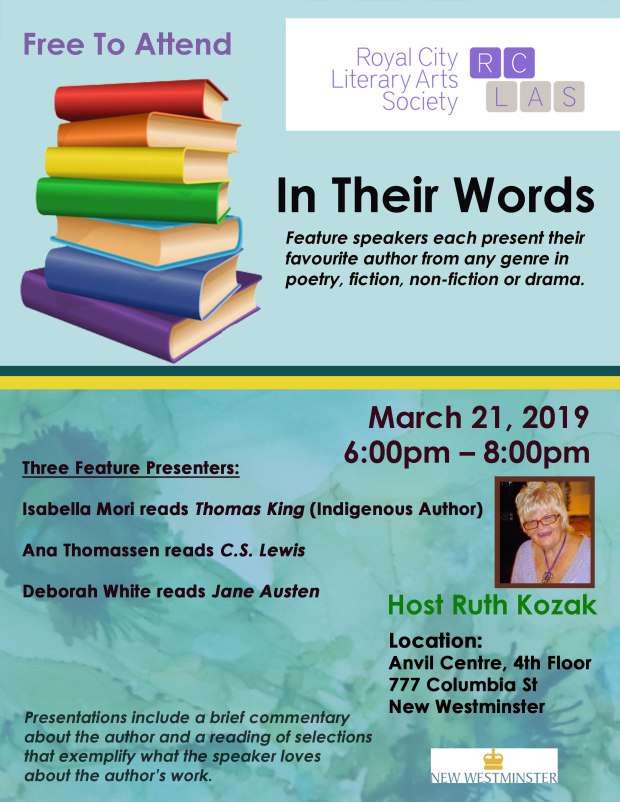 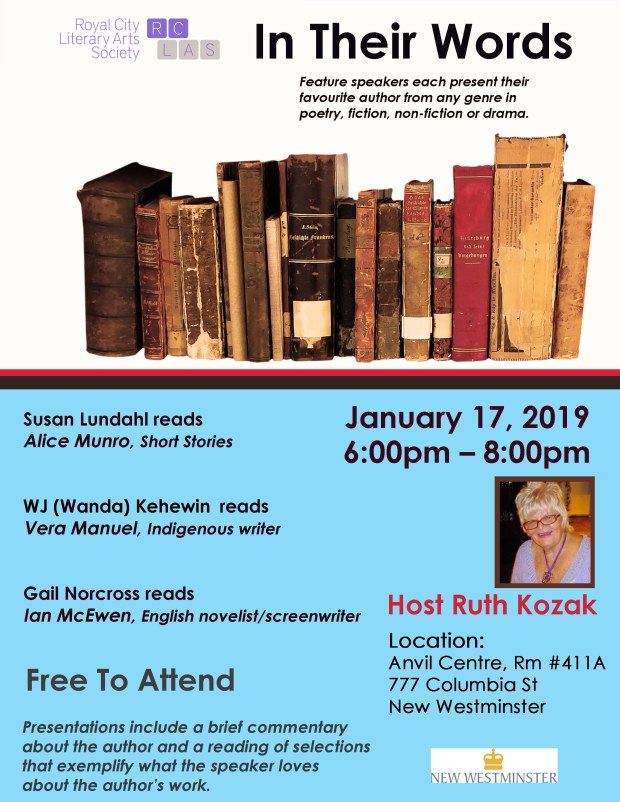 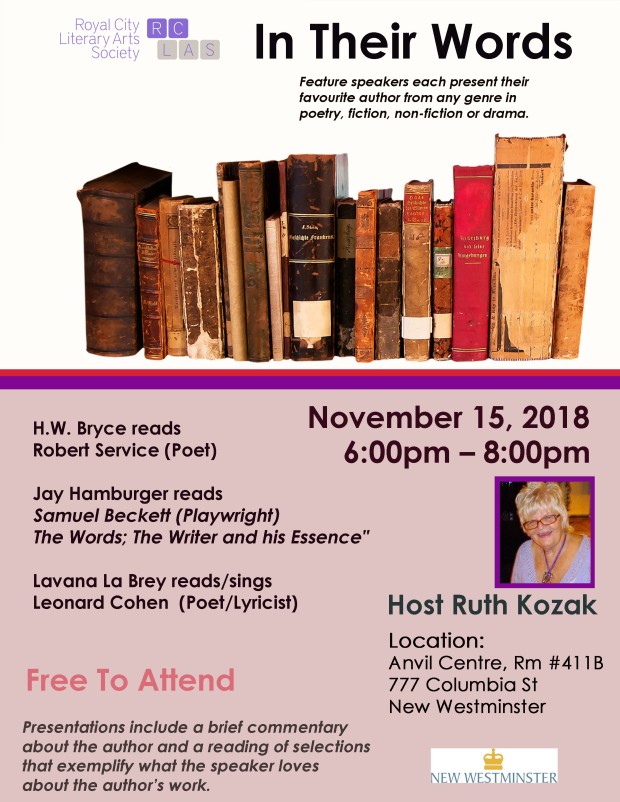 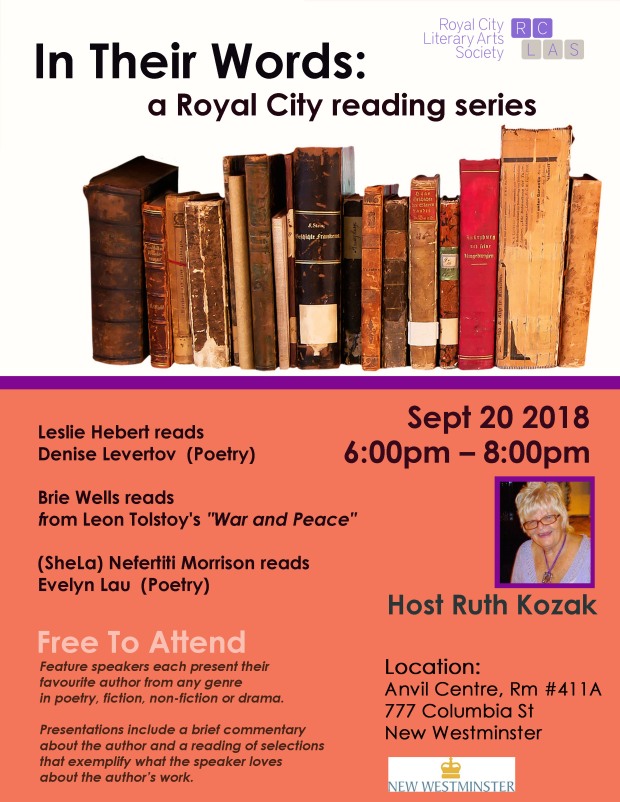 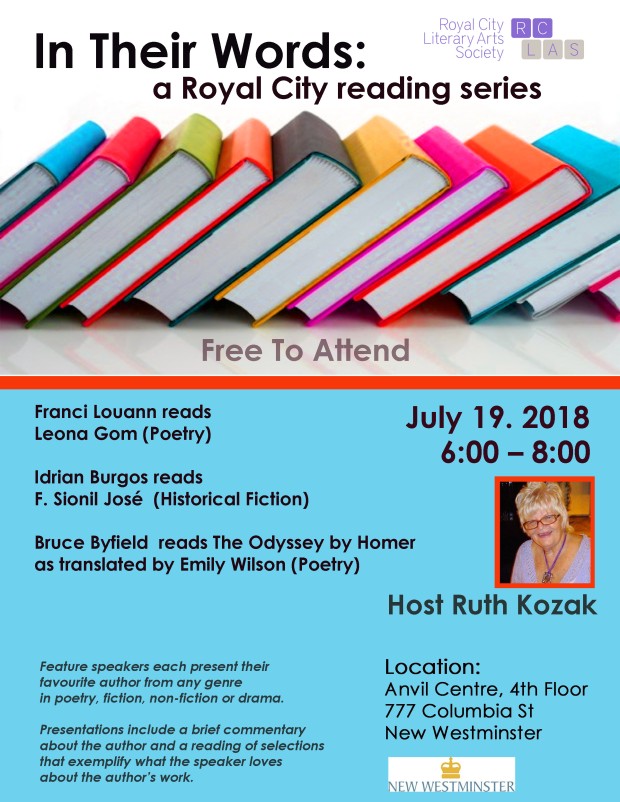 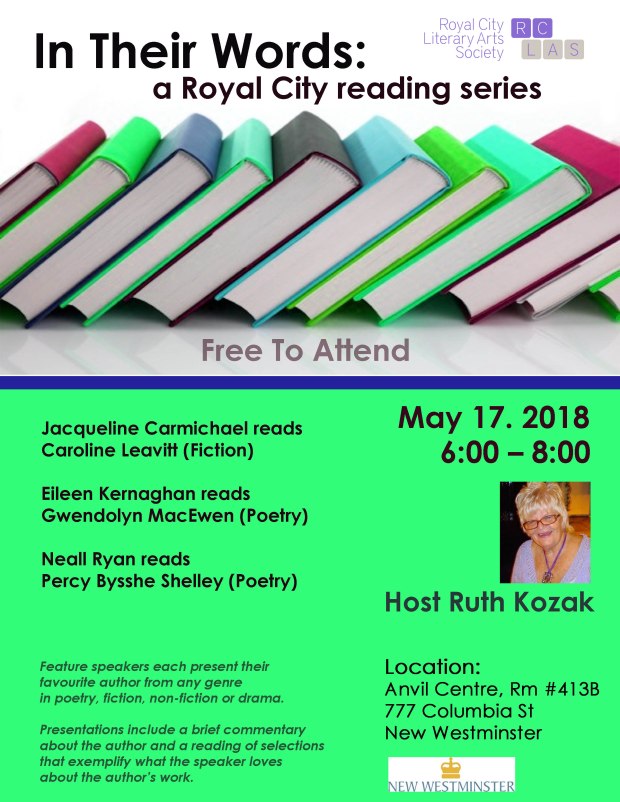 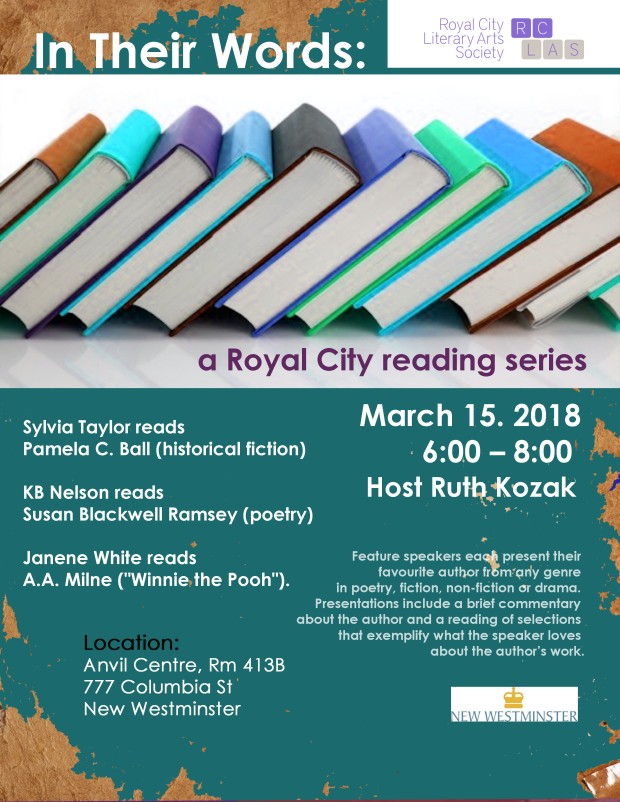 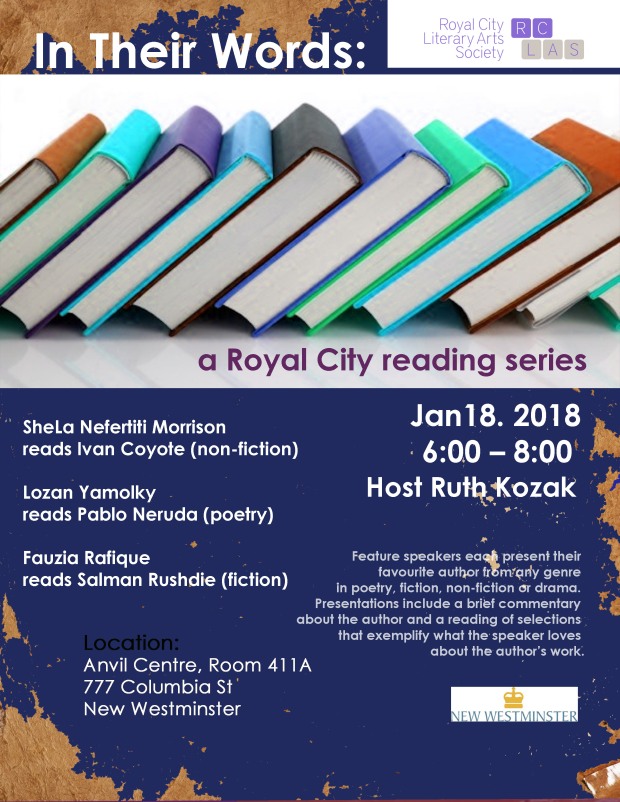 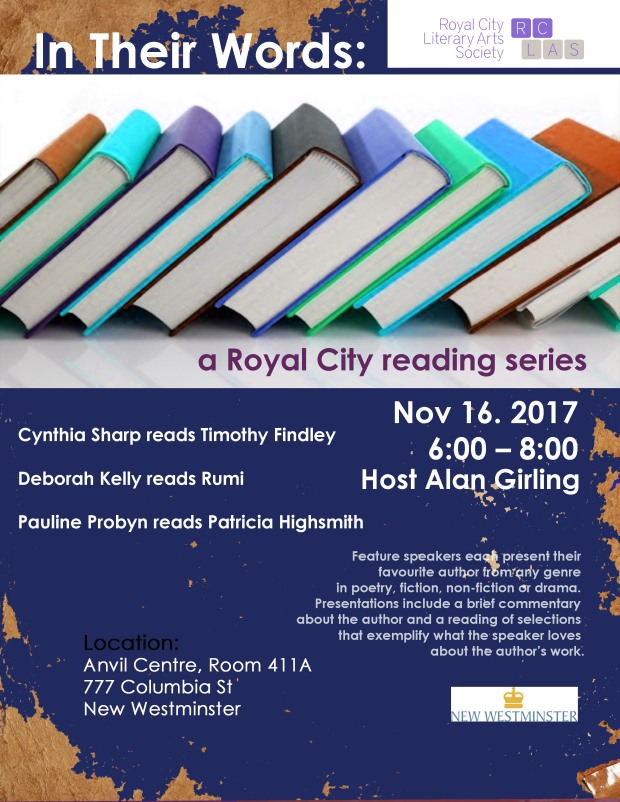 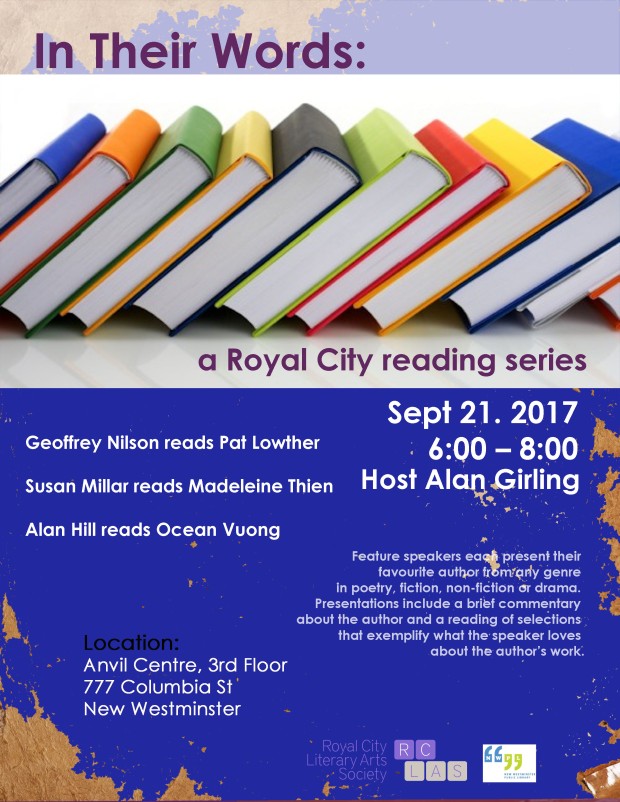 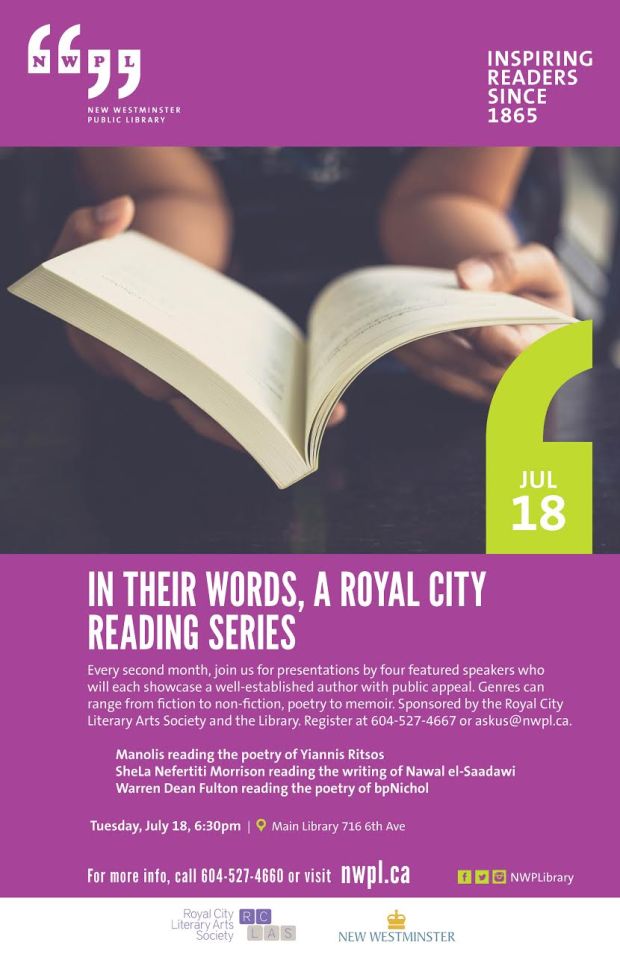 At previous In Their Words evenings 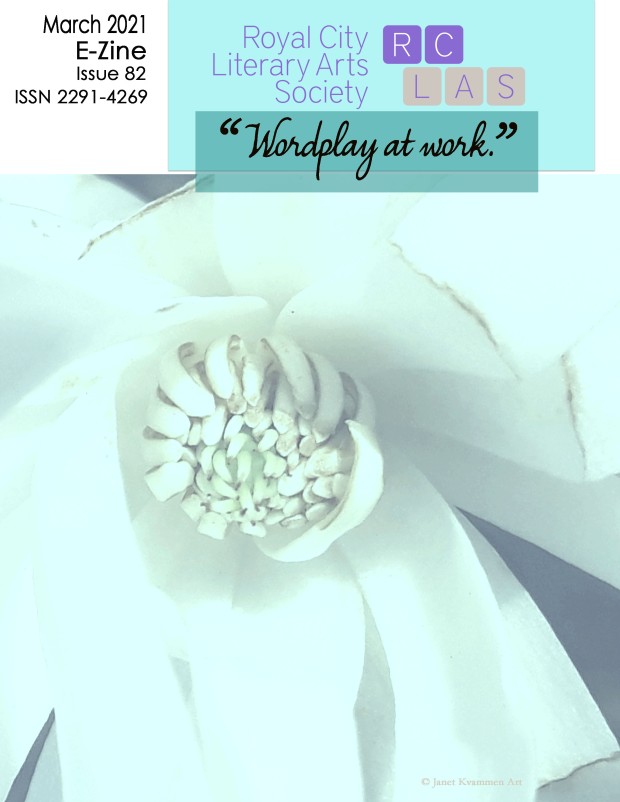